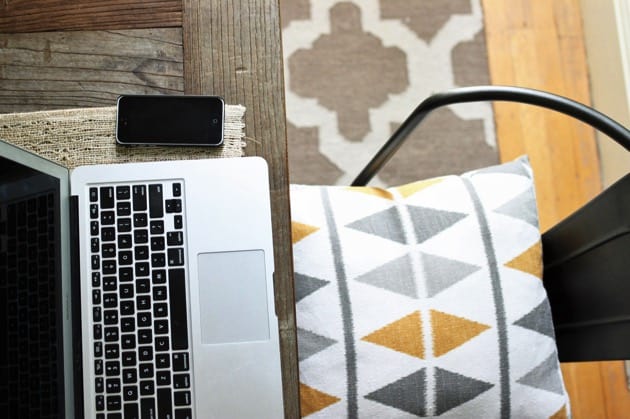 I haven’t written a blog post in a really long time (almost a month, to be exact); ironic seeing as it was one of my five intentions to write more, not less, in 2015. You wouldn’t know that though because I have yet to finish the 5 Intentions for 2015 post I started writing nearly three months ago!

Also on that list of intentions though was unplug more. This entails intermittent technology breaks on the weekend and before bed on weekdays, as well as being okay with the occasional break from blogging every now and then. Given my 29 days of silence, I’d say I’m pretty much nailing that one. Sometimes life just gets in the way–but I’m excited to be back!

Unfortunately, not all of it is good. Since I generally like to end on a happy note, I’ll start with the tough stuff first.

A few weeks back I got a call from my mom. At 9 AM on a Tuesday, mind you. Per usual, I was rushing to get out the door for work but, since she normally never calls me at such a busy time, I picked up. After our usual hellos and how are yous, she asked if I was at home, and that’s when I knew something was up.

Over the next couple of minutes she explained that, while shaving one day, my dad had recently found a lump in his neck that needed further testing. Unfortunately, you can probably guess where this story is going. A quick trip to the doctor led to a biopsy, and soon thereafter a diagnosis: cancer.

I won’t get into all of the details but my dad’s is scheduled for surgery next week, with radiation to follow. The prognosis is good–but just as important as that is my dad’s attitude–which I’d say is better than good. He refers to the bump in his neck as just another “bump in the road.” Such a typical Dad thing to say, isn’t it? We’re praying we can all get over this bump in the road and enjoy many more happy years together.

Around the time my dad was diagnosed with cancer, the founders of MyFitnessPal called everyone into the office for a special meeting to share some exciting news. If you’ve kept up with the headlines the past couple of weeks, you may already know this but, Under Armour, (yes, that empowering sporting apparel brand!) recently purchased MyFitnessPal, for nearly half a billion dollars.

It was a complete and total surprise. We literally found out just 10 minutes before the public did, but from what I hear that is how these things typically go. Obviously some things will be changing (most for the better!) but I can honestly say this is an exciting opportunity with tons of positive potential. After nearly two years, I’m still the only in-house nutrition expert at MyFitnessPal, and it’s still as much as a dream job as the day I started. I have big hopes and dreams for what MyFitnessPal can do as part of Under Armour Connected Fitness, particularly on the nutrition side of things. Over the course of the next year, Under Armour will be building us a high-tech, fitness-friendly office here in San Francisco. Yay for not having to move!

Along with us, UA also recently acquired two popular activity-tracking apps, MapMyFitness (based in Austin) and Endomondo (based in Copenhagen). They’re investing big-time in digital health which is what has me so excited about what’s to come. Well, that and the 50% employee discount!

Now that we’re caught up, I’m off to refill my coffee mug and finish that intentions post I intended to publish three months ago.

Enough about me–how have you been?