I truly believe there are some dishes that just shouldn’t be messed with. Cheesecake and mac & cheese are at the top of that list. 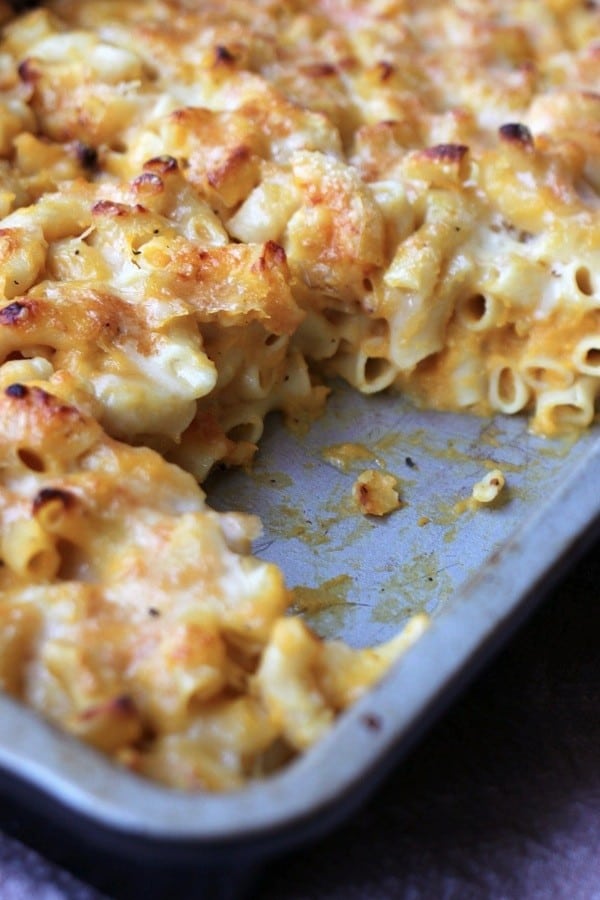 But I will admit, the fact that there’s three-quarters of butternut squash in this mac & cheese makes eating a quarter of the pan while hovering over the stove with a fork feel less wrong – even at 10AM with a cup of coffee. I speak from experience as this is precisely what happened in my kitchen yesterday morning. I will also admit  I completely forgot I was eating a vegetable.

I’ve seen recipes for butternut squash mac all over Pinterest and decided to give this one a try. After thoroughly analyzing the adorable Kelly‘s photos for texture, I decided to add extra squash, broth and Greek yogurt for a touch more creaminess. 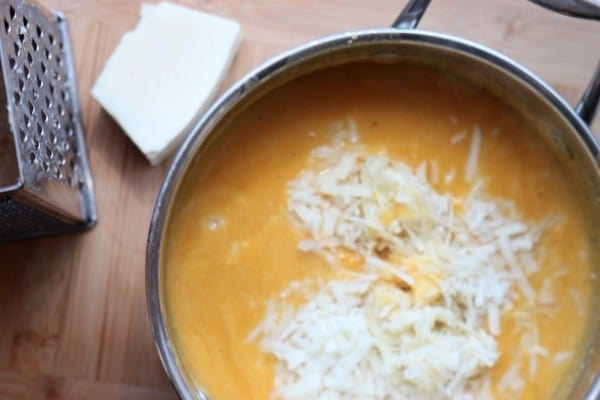 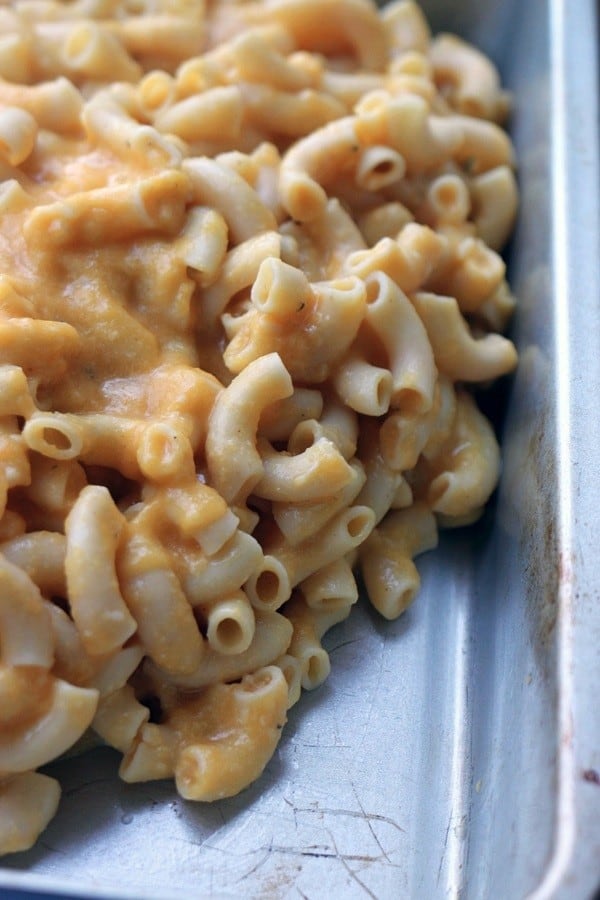 Over the years I’ve grown to prefer my mac & cheese without breadcrumbs sprinkled on top – no offense Mom, yours was delicious every time. Instead, I sprinkled a cup of White Cheddar over the entire pan and popped it under the broiler for the last few minutes.  Three-cheese anything tastes better than two-cheese – am I right? 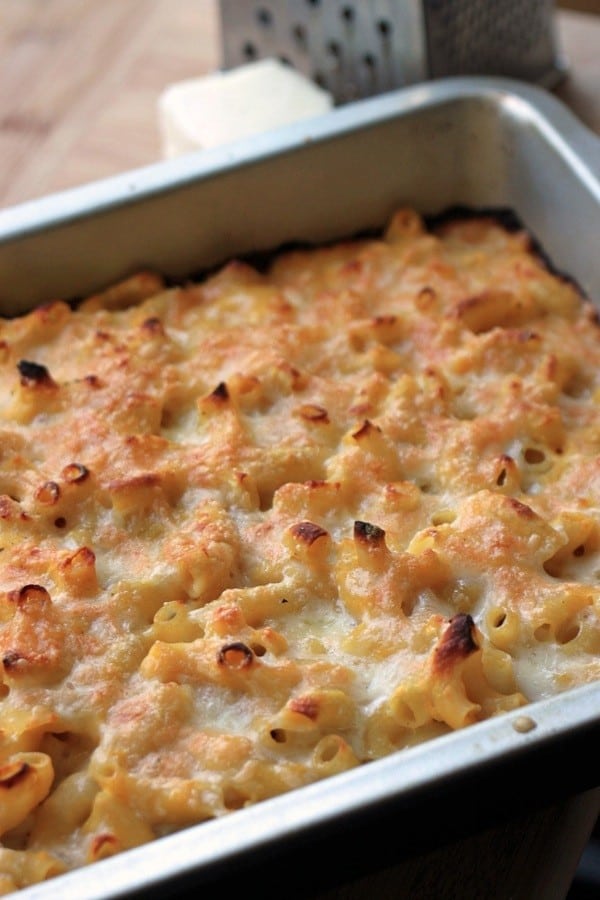 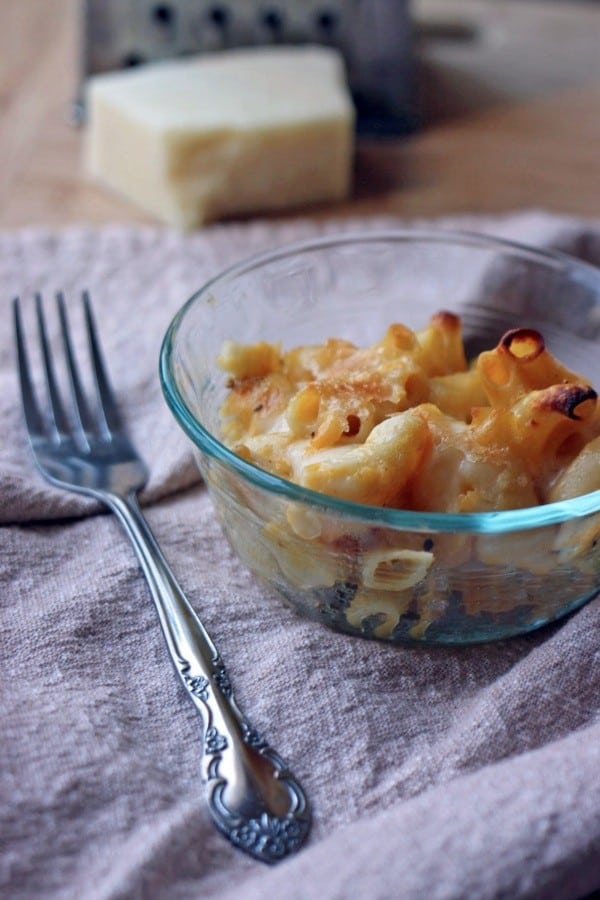 The best part about this dish? You completely forget you’re eating a vegetable – which is just how eating mac & cheese should be.

Adapted from Eat Yourself Skinny

Preheat oven to 375 degrees F.  In a large pot, combined cubed butternut squash, chicken broth, milk and garlic and bring to a boil.  Reduce heat and simmer for 25 minutes, until squash is tender.

Remove from heat. Add Greek yogurt, salt, pepper and using an immersion blender, puree until smooth. Stir in Gruyere and Romano cheeses until melted and then fold in pasta.  Pour everything into a 13 x 9-inch baking dish lightly greased with olive oil.

Bake for 20 minutes. Remove from oven and turn oven to Broil (Low setting).  Sprinkle cheddar cheese over macaroni and return to oven for an additional 5-7 minutes until cheese has browned and some edges of noodles are crisp.

Have you ever added veggies to your mac & cheese? I might never go back to the regular unhealthy stuff.