I love cabbage. That might sound like a funny thing to say but I’ve learned that it’s one of those foods that takes on whatever flavor you want it to when you cook it with other things, like onions! Cabbage is also one of the most affordable super foods. I picked up a head of green cabbage at the grocery store yesterday morning and spent a few hours experimenting in the kitchen, whipping up a couple of delicious things to eat for dinner this week. They both came out so good I had a hard time deciding which you might like more but I ultimately went with the flatbread because it was a little too hot last night to blog about soup! 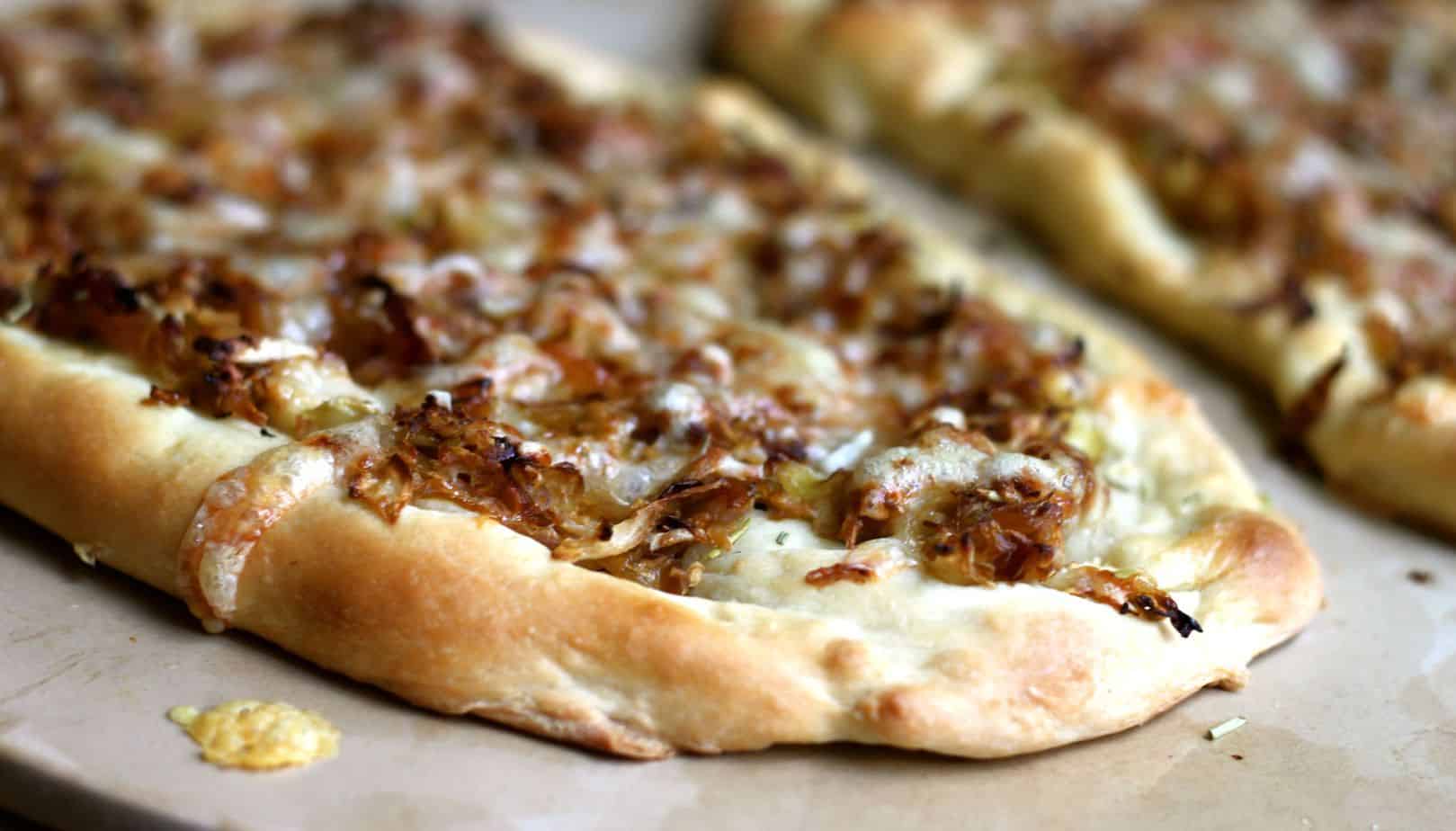 I’m not sure if this is a good thing or not (I suppose it depends on whether you like cabbage) but you would never be able to guess but there’s a half head of cabbage on these two flatbreads, mixed into a whole delicious mess of sweet caramelized onions, garlic and rosemary.

This looks and tastes like a gourmet appetizer but it’s really super simple. It does take time (and patience) to caramelize onions but once you get through the pain of slicing them, they take care of themselves with a little olive oil, fresh garlic and rosemary over low heat.

After 45 minutes, when the onions were just about done, I mixed in some sautéed cabbage to let the flavors mix for a few minutes before loading up the dough.

I cheated a little bit by using pre-made pizza dough from the grocery store. I suppose it’s not a true flatbread but the toppings are so delicious you probably won’t mind the sacrifice for the convenience either. If you’re confident in your dough-making abilities (I clearly am not), feel free to make your own. Otherwise, I highly recommend spending the extra $1 and saving yourself the work. That’s part of the beauty of this simple recipe!

I split the cabbage and onions equally between the 2, sprinkled a little Gruyere on top, brushed the edges with olive oil and into the oven they went.

I used a hot pizza stone which cooked them to perfection.

After devouring half of one straight out of the oven (while standing up in the kitchen,) I sliced the second flatbread into strips to take to my friend Kim’s house for dinner last night. They’re just as good, if not better, at room temperature. 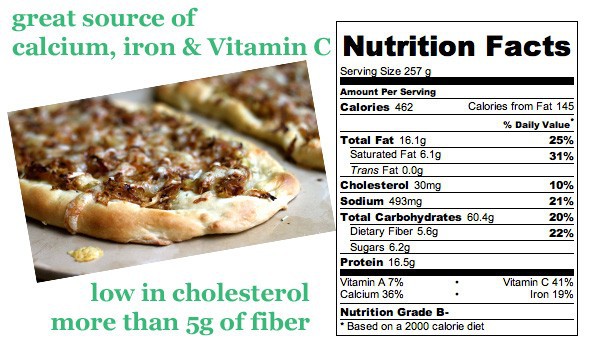 The recipe is also on my recipe page under both starters and vegetarian entrees! Happy Wednesday!