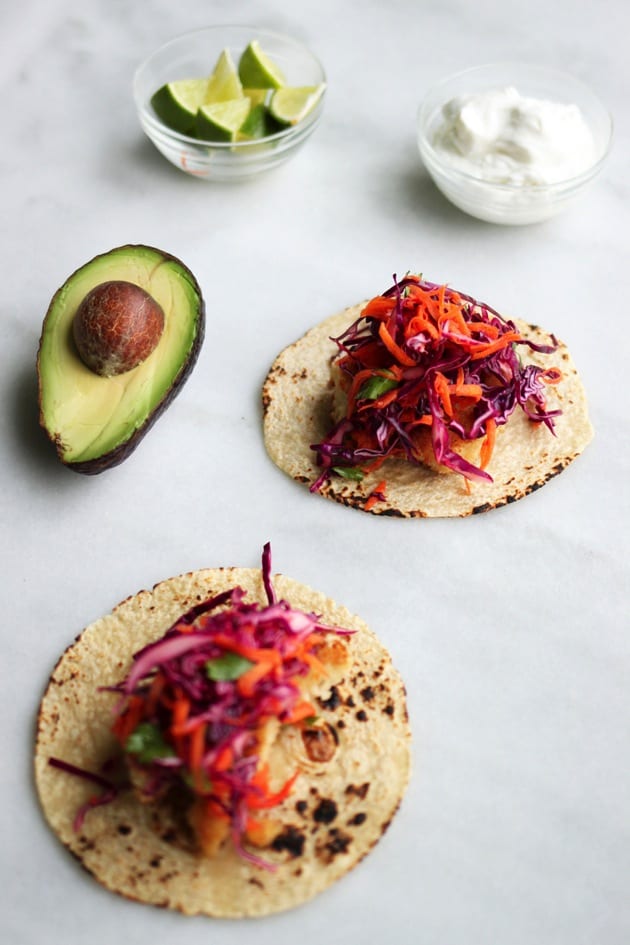 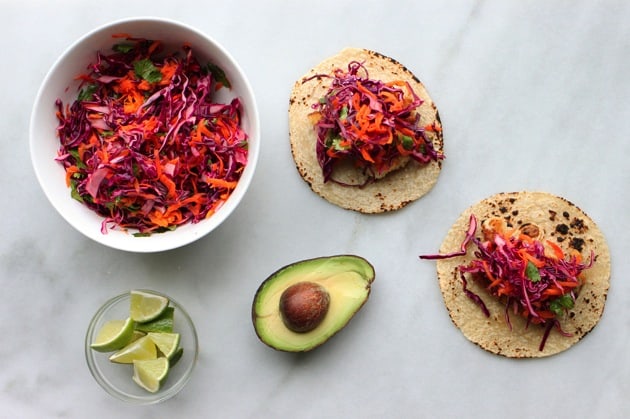 Growing up around Boston, I didn’t eat a whole lot of Mexican as a kid. Actually, back then I’m pretty sure all of New England only had one type of taco: Old El Paso. You know, the kind that came in a kit, complete with seasoning, sauce and shells. They weren’t anything fancy but I loved that spicy ground beef spooned into crunchy corn taco shells, topped with crisp iceberg lettuce, fresh tomato, and a sprinkle of good ol’ shredded cheese.

While Old El Paso and my memories of family taco night will always have a special place in my heart, I’ll admit––California’s fish taco culture has completely won me over. They might even be my favorite thing about West Coast cuisine.

So if you’ve never had a fish taco, let’s change that. Like as soon as possible. 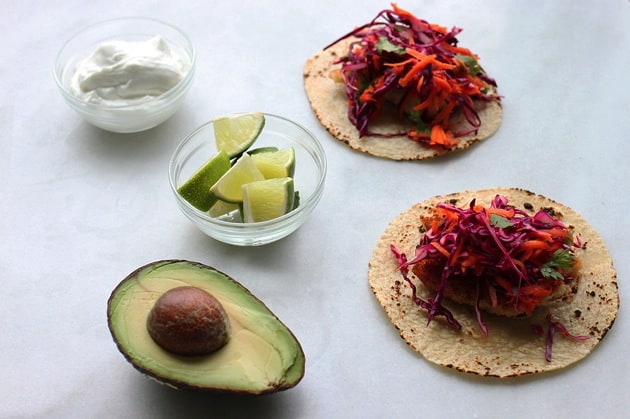 Sure, pulling up to some beaten-up taco shack on the California coast would obviously be the ideal way to do it, but unless you have plans to do drive up and down Route 1 before summer is over, these easy fish tacos are your next best bet.

Not only are they super easy, they’re healthier than the traditional taco shack version since they’re breaded in Panko and pan-fried in just a little bit of oil. The tangy red cabbage + carrot slaw is so delicious I’ve actually eaten it straight out of the bowl on several occasions. As you can see, I don’t even bother with the cilantro-lime crema anymore. A dollop of Greek yogurt, one squeeze of lime and a sprinkle of fresh cilantro on each does the job just fine.

Two bits of advice though… For perfect, non-clumpy breading, add a little water to the beaten egg before dunking. And, if you are lucky enough to have a gas stove, I highly recommend charring the corn tortillas over the range before serving. It makes such a big difference––just don’t get distracted and walk away from the stove like my husband did… 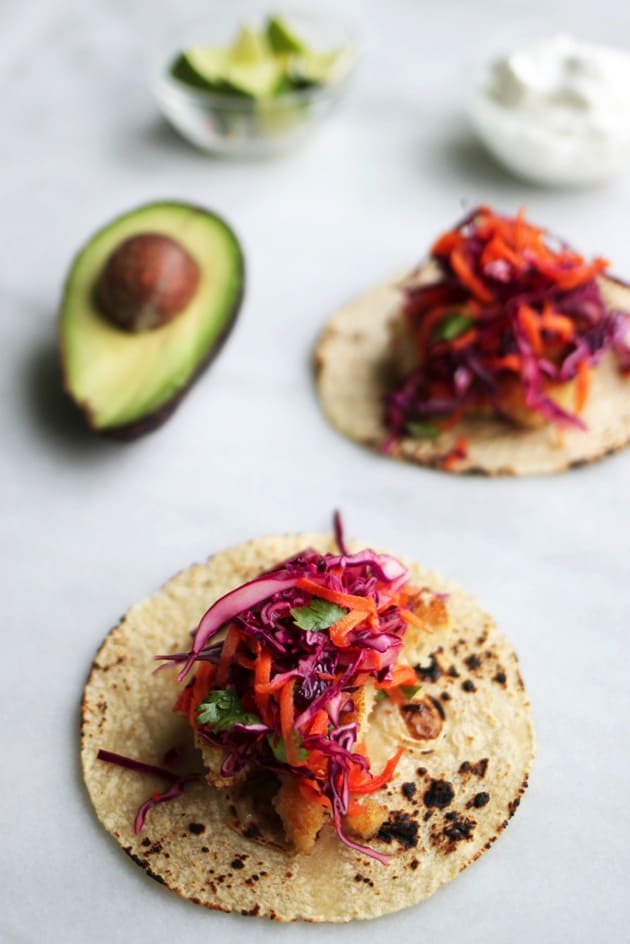 I’ve made these babies more than a half-dozen times now (thankfully without burning down our kitchen) and still can’t get enough. I’m actually heading home for a little family vacation later this month and plan to turn my parents into fish taco converts too. Once they bite into these it’ll be hard to go back to Old El Paso.

Combine slaw ingredients in a medium bowl and set aside to let flavors meld for 15-20 minutes while you prepare and cook the fish.

To batter fish, lightly coat all pieces in flour. Next, dip fish in watered-down egg and then toss into a plate of Panko breadcrumbs, rotating each piece until completely coated.

Heat pan and 2 tablespoons oil in a large skillet over medium-high heat. Transfer fish to skillet and cook until browned on one side, about 3-4 minutes. Flip fish and quickly add the remaining tablespoon of oil to the pan. Continue to cook until fish is browned, firm and opaque throughout, about another 3-4 minutes.

Meanwhile, if cooking on a gas range, carefully char tortillas slightly on both sides over medium to medium-high flame for about 30 seconds per side. Use tongs and watch closely––they can go up in flames rather quickly.

Divide fish among tortillas, top with with cabbage + carrot slaw and serve with sliced avocado, Greek yogurt, a squeeze of lime, fresh cilantro and hot sauce.