After 14 months of motherhood I’ve come to realize, unless your baby is sitting in a poopy diaper, the kind that hits you in the face as soon as you walk in the room, there’s really no way of telling why they wake up. Are they hot? Cold? Teething? Coming down with a cold? Maybe it’s the heat turning on.

What I do know is if a clean diaper and a few ounces milk can’t solve the problem, a little Motrin usually does.

To Noah’s credit though, he has made some pretty big strides in the sleep department over the past couple of months. A few weeks after his first birthday Noah suddenly decided he was over waking up for milk at 4am every morning. HALLELUJAH. He just quit cold turkey — which is good because there was no amount of night weaning that was going to get him to do it otherwise.

Around that time we also transitioned him into this cozy, toddler sleep sack (also in pink and white) made by SlumberSafe. Now I’m not going to promise your kid will sleep 11 1/2 hours straight like ours has been doing but, from our experience, Noah has seemed to sleep better in it. Naps included.

It’s kind of ugly but he loves it (par for the course with kids!) and stays toasty warm despite the fact that we keep his room a chilly 63 degrees at night. We’ve tried several different ones and this is our favorite so far. Most nights Noah gives me a big smile and wiggles himself right into it. 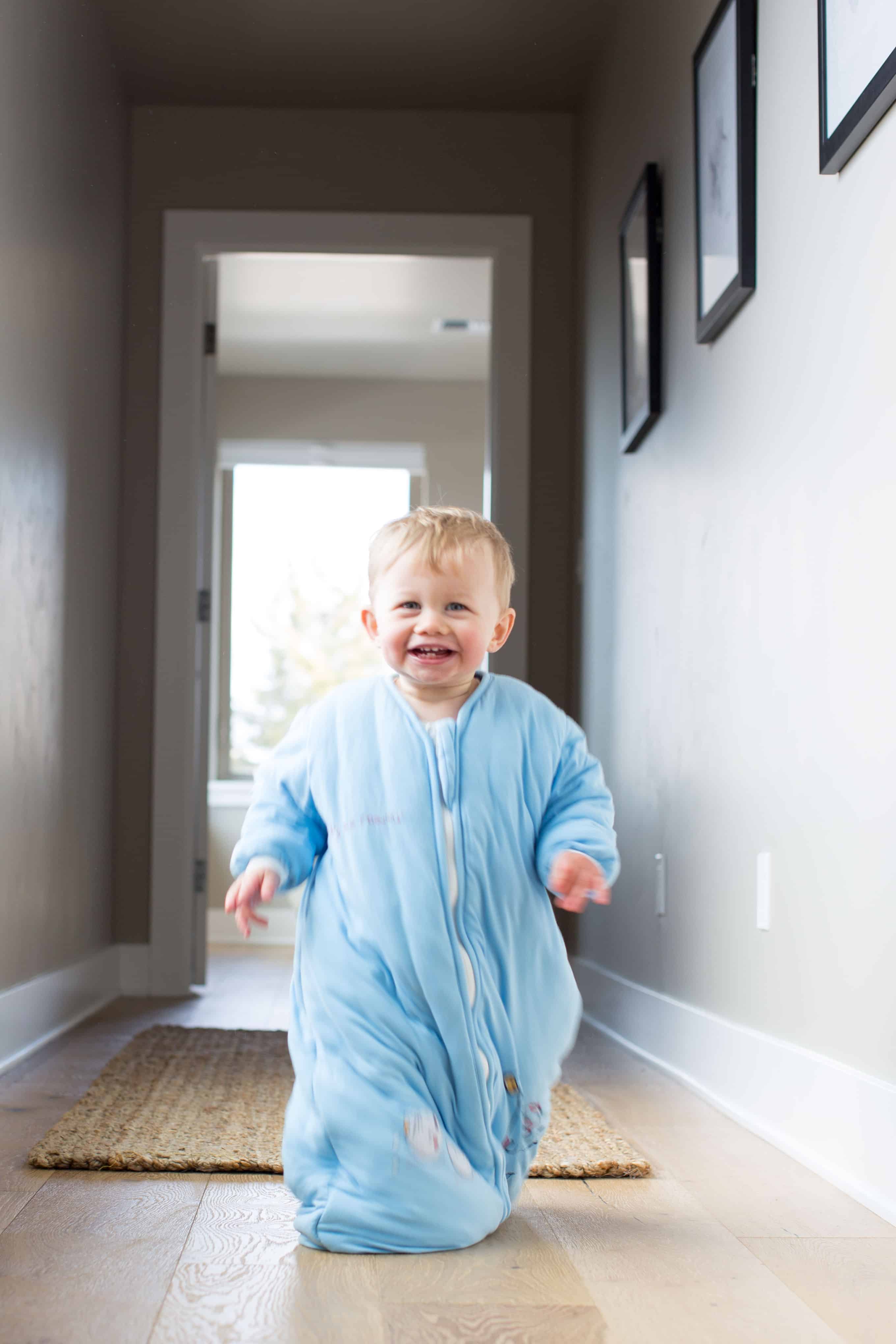 This sleep sack appealed to me for a few reasons. First, it’s one of the few I’ve seen with sleeves. I’m not sure why this is since all my mom friends agree there’s nothing cozy about a sleeveless sleep sack in the middle of winter. None of us want to sleep with our arms out in the open!

Secondly, the toddler version of this sleep sack has leg holes, which definitely come in handy when your little one starts standing. It took Noah tripping and bonking his head a few times for me to realize he’d probably appreciate being able to stand and move around in his crib. The sizing also goes up to 3-4 years!

The best thing though? This sleep sack comes in various weights (light, summer, standard and winter-weight, rated in Togs from 1-3.5) and actually tells you how to dress your baby underneath. Suddenly getting Noah dressed for bed wasn’t such a guessing game. Whether you like your house a balmy 68 degrees at night or a frigid 59, there’s a formula that’ll keep your kiddo warm without them overheating. 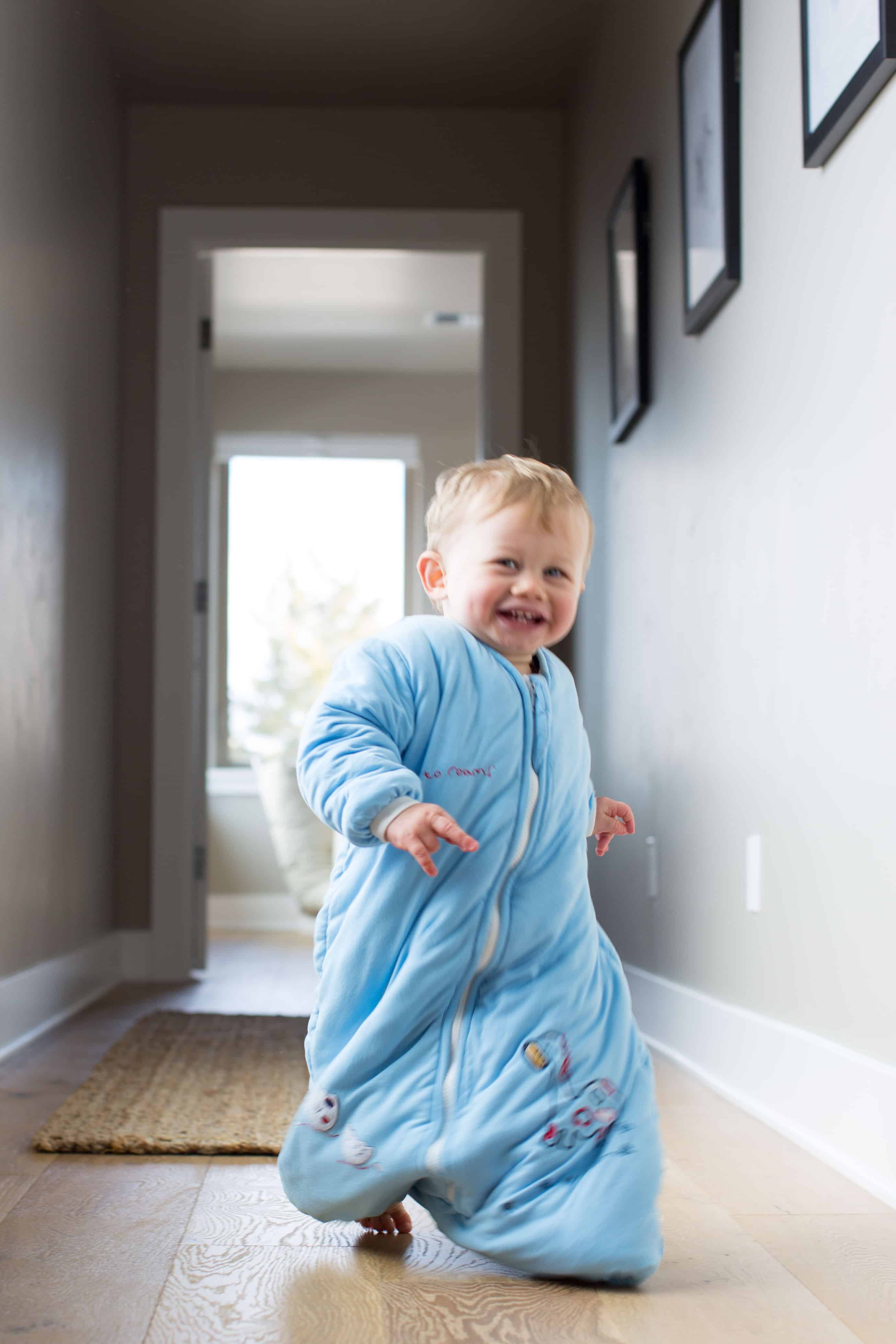 I will say that, after several washes, the sleep sack did seem to thin out a bit so we recently switched Noah from a t-shirt onesie to a light cotton pajama underneath and he seems perfectly content. As temperatures warm up a bit we’ll just ditch the pjs altogether.

Oh and a note on sizing.  It seems pretty accurate! I decided to size-up and got Noah the 18-24 month one so we could get the most use out of it before transitioning him to the 3-4 year old version, whenever that will be. If you’re thinking about doing the same just make sure the neck hole can’t slip over your little one’s head. Noah’s got a huge head so we don’t have to worry about that. ;) 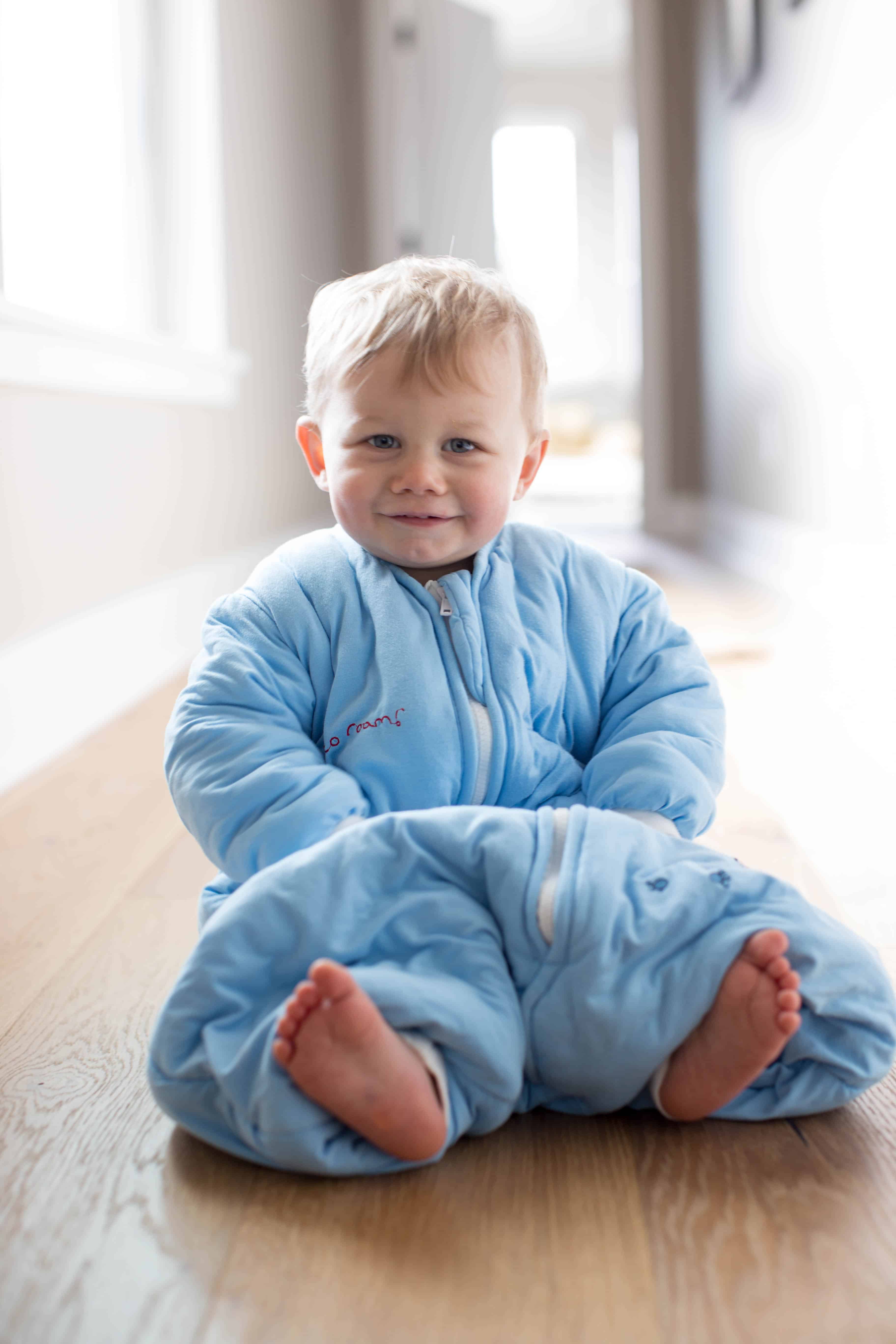