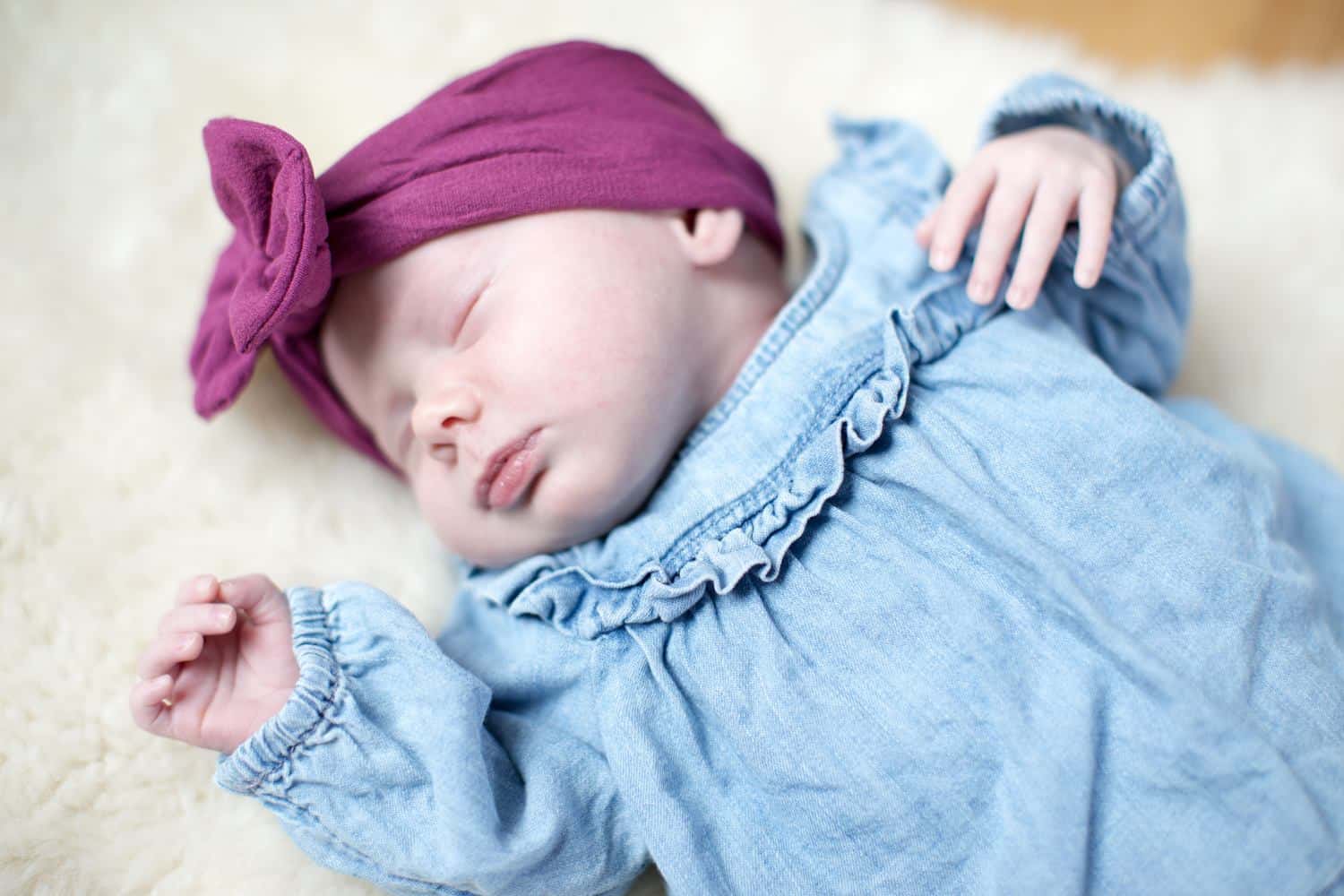 Two weeks. How is our sweet baby girl already two weeks old? Man does time fly when you’re sleep deprived and juggling two kids under two! The past couple weeks have been some of the happiest, most exhausting, and intensely emotional of my life — of all our lives, truthfully.

Baby Inès is doing wonderfully. She could sleep the entire day away curled up on your chest, though I can already see the sleepy newborn stage starting to wear off as she opens her pretty blue eyes a little more each day. She’s growing like a weed and weighed 8 pounds 5 ounces at her 2-week checkup yesterday — a whopping 10 ounces above her birth weight! Oh and she’s still sleeping 3-5 hour stretches between feeds at night. Yep, she’s as dreamy as she sounds!

As for my postpartum bod, I’m recovering much quicker than I did with Noah — but he was a nearly 9 1/2 pounder and Inès under 8 pounds, so there’s that. It’ll easily be another month or two before I’m back to “working out” (after my doc gives the go-ahead, of course) but already I’m feeling well enough to fit in a slow, 20-30 minute walk each day as well as a few squats, lunges, and Kegels. I’m also hoping to schedule a few pelvic floor PT sessions in the coming weeks — something I should have done after having Noah but didn’t. I hopped on the scale the other day purely for curiosity sake and was already 19 pounds down, leaving me with about 14 to go. I’m in no rush to lose the rest – I know between nursing and getting back to my usual workouts it’ll come off with time like it did with Noah. As for nursing, the first week was incredibly painful, but things are going great now that the tatas have toughened up a bit and little Inès has perfected her latch!

Physically things are on the upswing, but emotionally, I’m much more all over the map. Between the postpartum hormones, sleep deprivation, nonstop nursing, toddler teething, and tantrums, it’s been a trying couple of weeks. I burst into tears a lot these days, out of exhaustion, happiness, sadness, frustration, love — you name it, I’m probably feeling it! 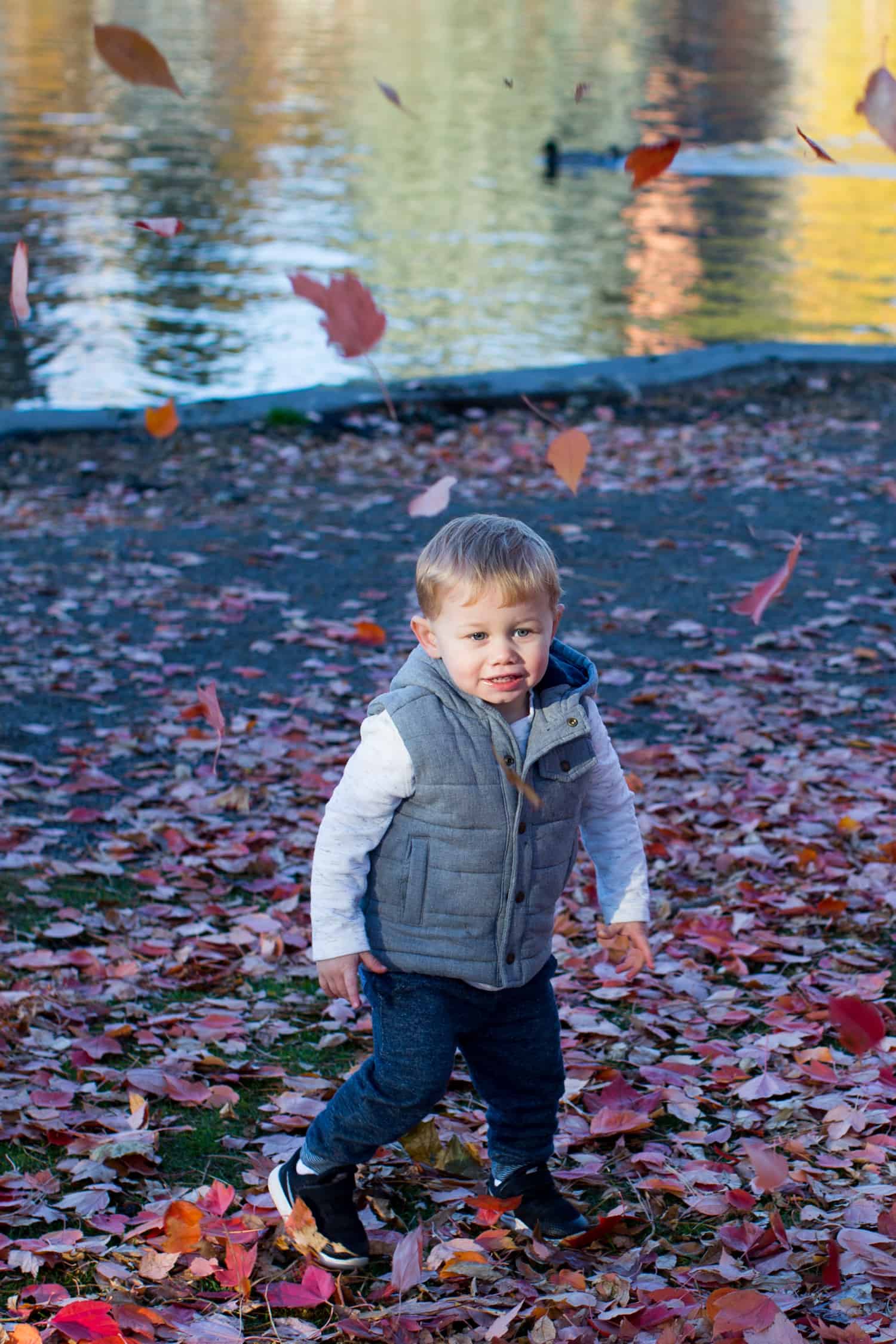 The pediatrician at the hospital warned us that moms and dads often become the emotional punching bags for older siblings when new babies are added to the mix. We did our best to prepare him for big brotherhood with books, baby dolls and baby belly hugs before Inès arrived, but there’s no doubt Noah’s world has been rocked these past two weeks — and boy is he letting us know. In addition to the neverending onslaught of “No’s,” he’s fighting us over pretty much anything and everything these days — naptime, bedtime, mealtime, diaper and outfit changes — you name it. Our once decent sleeper is also waking up more often, and with a newborn needing to eat every few hours, some nights it’s difficult to get any sleep between feeds. Needless to say the hubs and I have been hitting the coffee hard these past couple weeks!

Our first week home from the hospital was tough, but things are getting better, little by little. What’s helped? As was recommended by our friends and doctors, we’ve been diligent about carving out some 1-on-1 play time with Noah each day, sticking to our routines, pointing out when his needs take priority over his little sister’s and making sure he’s as well-rested as possible. We have our good days and not-so-good days, and days that call for wine at 2 pm, but each day we do our best. Balancing the needs of two little humans sure isn’t easy, but already I see Noah growing into his big brother role and the hubs and I becoming more loving and patient parents in the process. I know eventually, we’ll look back and wonder how our babies grew up so fast — which is why I’m trying to cherish these days, even the toughest ones, and take in all of the newborn snuggles I can before they’re gone.