I don’t think I could possibly have had a better weekend. Four of my grad school girls and I were reunited after a few months apart since classes ended in May. Rob got wind of the reunion and voluntarily deserted Chapel Hill to let us have some quality girl time. Anne drove from DC and Kort from Georgia to spend the weekend with Stephanie, Jillian and I – the only 3 left in NC! 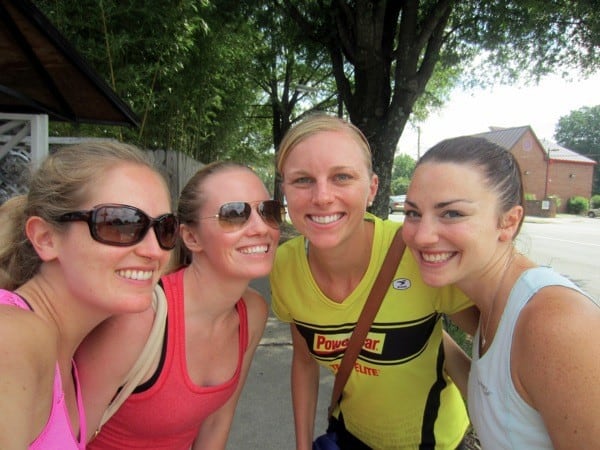 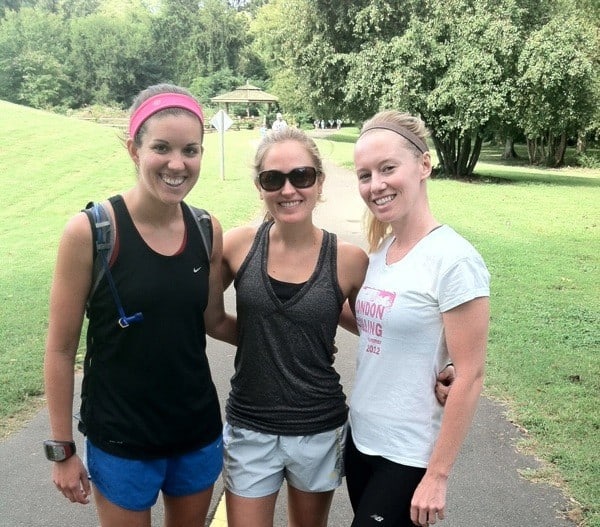 From left: Jillian, Anne & me again!

A lot of eating and running went on this weekend. It was so nice to have my running buddies back! My fiancé is a decent substitute but not nearly as chatty as these girls. Steph, Kort and I ran a 5K for charity on Saturday morning. 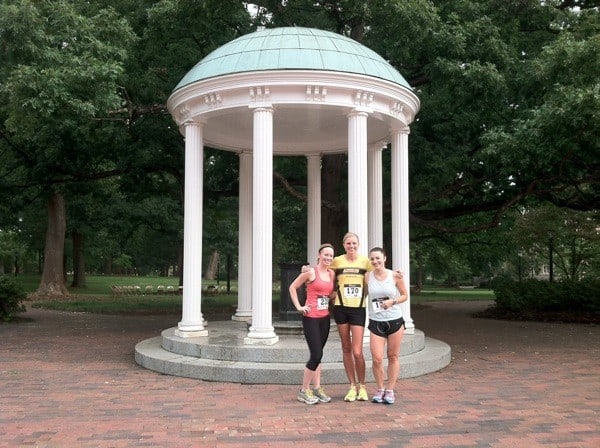 My legs were feeling good so Anne and I did a 6-miler on campus on Sunday morning! We extended our former Thursday morning route to visit the Old Well and see UNC’s beautiful campus. 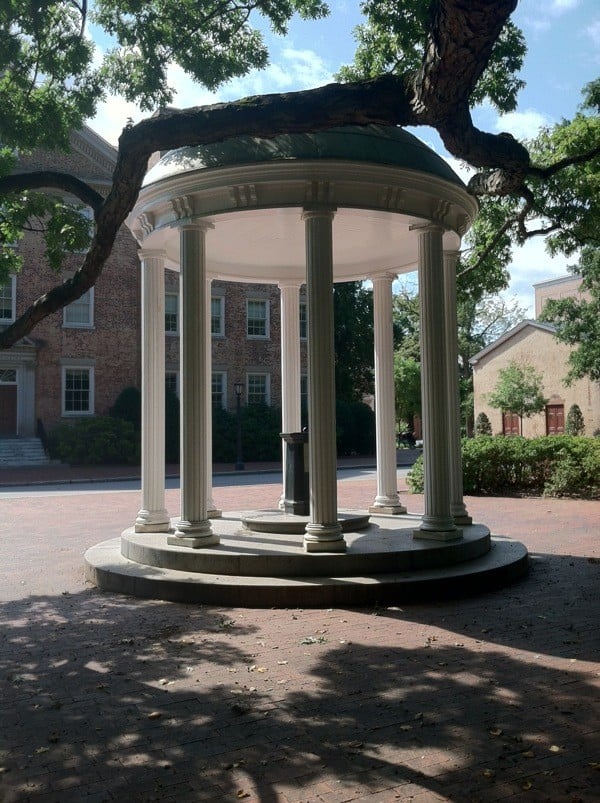 When we weren’t running, we were eating. It’s the 2 things we do best. We brunched, drank wine, and had a slumber party on Saturday night which involved 2 homemade whole wheat pizzas. Pizza parties when the girls are over is a tradition at this point. 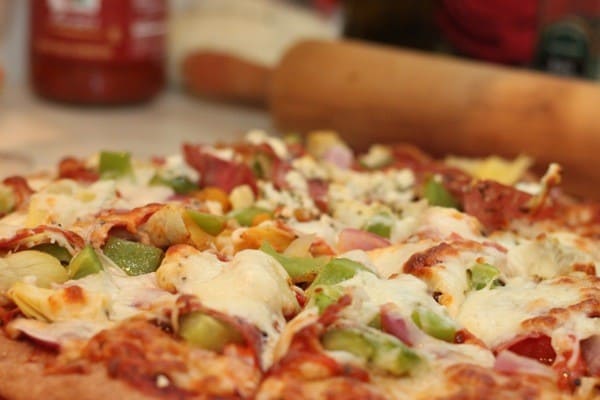 Our friend Kort also turned 1 year older. Ironically, she was born in Chapel Hill 24 years ago, despite growing up in Colorado and now living in Georgia. How cool that she was in her birthplace on her birthday? 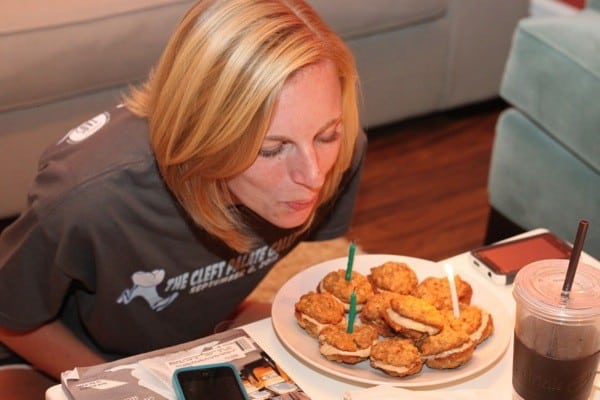 I baked a new kind of sandwich cookie just for the occasion… they were a huge hit. Rob had a couple of leftovers and described them as “insane.” I wouldn’t not share the recipe, in that case. They’ll be the featured midweek eats recipe on Wednesday, don’t worry.

The girls all headed home yesterday around lunch and I spent the rest of the day running errands before it was back to the hospital early this morning. I’m in the neonatal intensive care unit for Week 4 of 10 of my clinical dietetic internship. I wrote a nutrition care plan for a 1.2 pound baby today. Crazy.

How was your weekend? Did you have any girl time yourself?