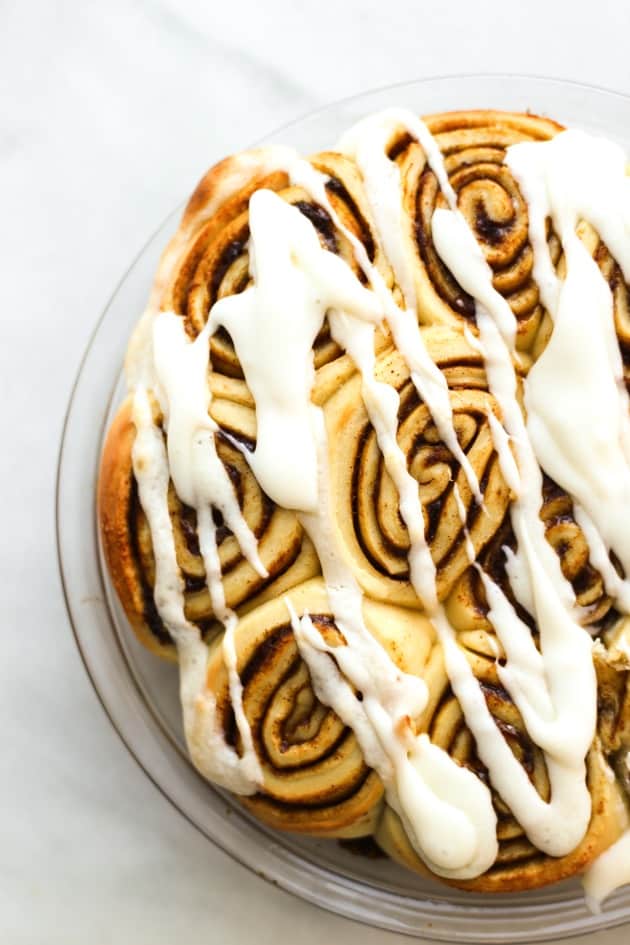 I wouldn’t consider myself a cinnamon roll person. Not by any means. Maybe I ate one too many of those slightly stale vending machine versions as a kid (you know, the ones wrapped in crinkly cellophane that left you wanting to guzzle a big glass of milk afterward.) Generally though, I find cinnamon rolls can be very hit or miss.

But oh my oooey gooey goodness–these pumpkin cinnamon rolls are a whole different story. I’m not sure what I love most: the pumpkin spice filling, the soft and slightly sweet dough or the generous drizzle of cream cheese frosting on top, but the combo of the three has me sold on cinnamon rolls. They’ll not only steal the show at your holiday breakfast table but the leftovers (assuming there are any) will also double as dessert. 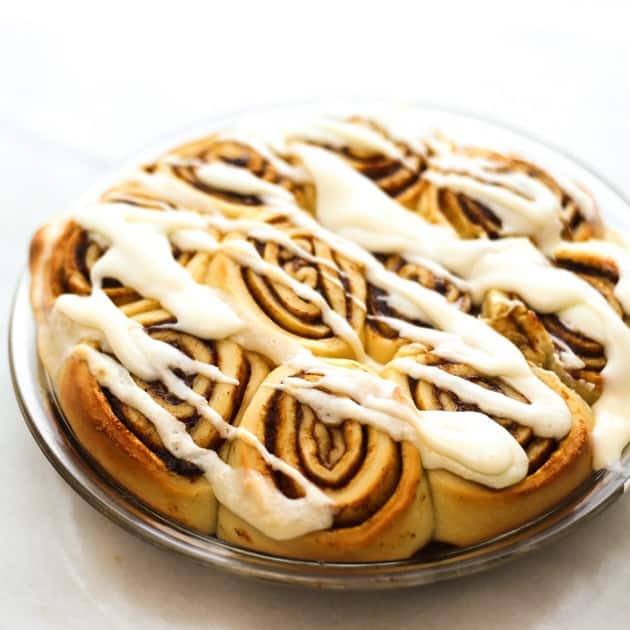 Pastry-virgins, don’t be intimidated. The dough isn’t the least bit fussy–not like some other pastry doughs I know. Made with all-purpose flour, water, yeast, and a handful of other ingredients, the dough is soft and easy to work with–but probably most importantly, it’s hard to mess up. 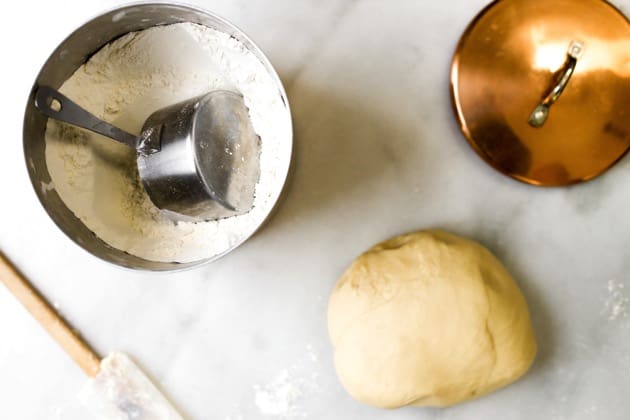 As it turns out, the only way to mess these up are to seriously over- or undercook them, the latter of which is totally fixable. I know because I made that mistake the first time around. 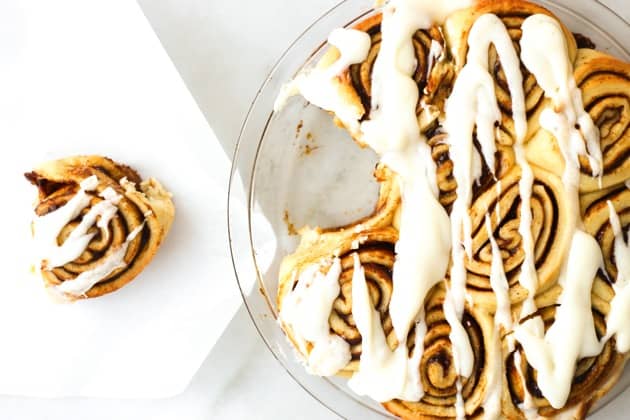 What can I say. I have an irrational fear of overcooking things–red meat, eggs and baked goods in particular. So between that and my utter excitement to bite into one of these lovely little, cream cheese-covered rolls it was bound to happen.

Speaking from experience though, if you’re going to make one of those mistakes, undercooking is definitely the way to go–as is the case with most baked goods. Brownie bowl lickers and cookie dough nibblers, you know what I’m talking about.

These lasted about 25 total minutes in the oven, but if you like yours a little more well done, expect more like 30. 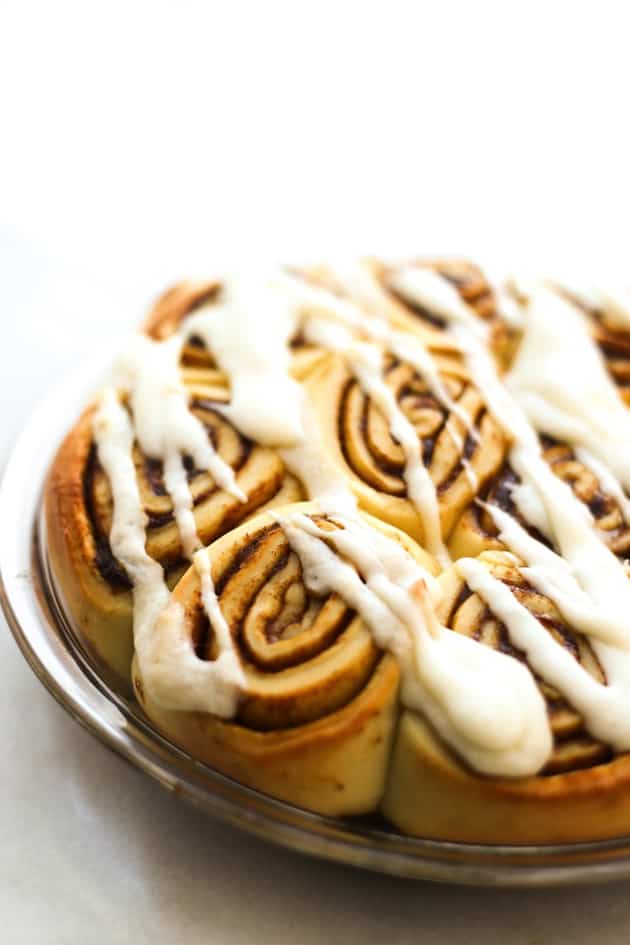 Regardless of how well done (or not quite done) you like them, these cinnamon rolls will please even the pickiest of cinnamon roll fans this holiday season.

In a small bowl, dissolve yeast in warm water and set aside. In a large bowl mix milk, sugar, melted butter, salt and egg. Add half of the flour and mix until combined. Add in yeast mixture and remaining flour until dough is easy to handle–not sticky, rather soft and malleable. Knead dough on lightly floured surface for about 7-8 minutes. Place in lightly greased bowl, cover and let rise until doubled in size, about 1 to 2 hours depending on the temperature of your kitchen.

When doubled in size, punch down dough. Preheat oven to 350F.

Roll dough on a floured surface into a large rectangle, about 15 x 9 inches. Brush melted butter and then pumpkin mixture over the dough. Sprinkle with walnuts or pecan pieces if desired. Beginning at the long edge, loosely roll dough and pinch edge to seal. Using a serrated knife (larger than a steak knife), gently cut into 12 slices, approximately 1-1 1/2 inches thick.

Lightly grease the bottom of a baking pan and place cinnamon roll slices close together in the pan. Let rise again, preferably until dough is doubled, about 45 minutes. Bake until lightly browned and cooked through, about 25-30 minutes.

A special thanks to The Grain Foods Foundation for sponsoring this delicious recipe!