You guys. This smoothie. My mind is blown. 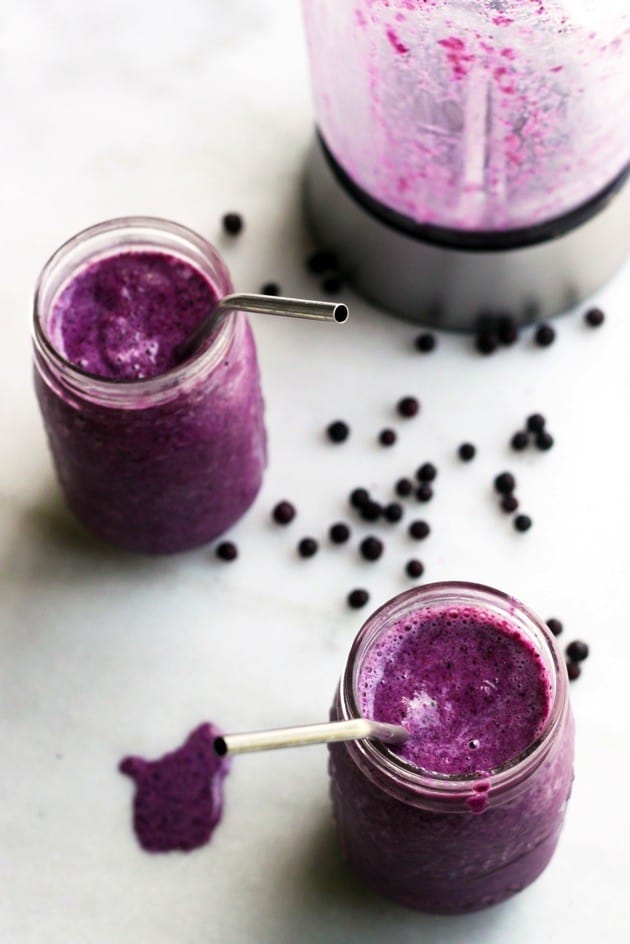 I drank an entire head of red cabbage in the span of 2 days––and I want to drink more.

Never in my wildest dream would I have thought a red cabbage smoothie would find it’s way onto ATE, but here we are. I have Ree to thank for planting the seed, and a half-wilted head of red cabbage in the fridge for making this smoothie possible. 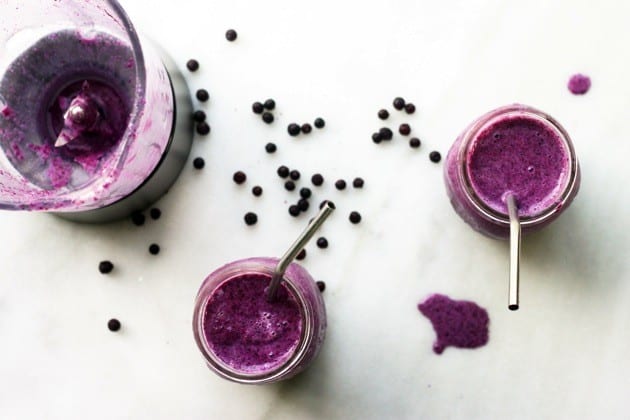 Who knew frozen red cabbage, blueberries and bananas would make such a tasty combination. We’re talking so tasty I sucked the first one down in a matter of five minutes, and paused.

You’d think being a Dietitian I would have considered the potential GI effects of downing half a head of cabbage that fast, but I didn’t––until after the fact. Thankfully there were no red cabbage repercussions to be had though!

As it turns out, cabbage is actually loaded with compounds that support digestive tract health: cancer-and inflammation-fighting glucosinolates, antioxidant polyphenols and glutamine, which helps protect the lining of the digestive tract. That beautiful purple pigment, called anthocyanin, is becoming more and more interesting to researchers as they learn more about it’s potent antioxidant, anti-inflammatory and therapeutic properties.

The most shocking thing about this smoothie, besides the gorgeous, purple color?  How undetectable the cabbage is with just a cup of blueberries, one banana and a little bit of vanilla yogurt mixed in. The hubs was a bit skeptical but quickly gave it two enthusiastic thumbs up after taking his first sip.

I have one question though, and maybe you know the answer. Is it possible to turn purple from consuming too many of these smoothies? Because too many carrots turn people orange…Well, I hope not but somebody please say something if I start looking even the slightest bit ashy.

First, break up the frozen cabbage with your hands and puree with water in a high power blender. Add frozen blueberries, banana and vanilla yogurt and puree again until smooth.