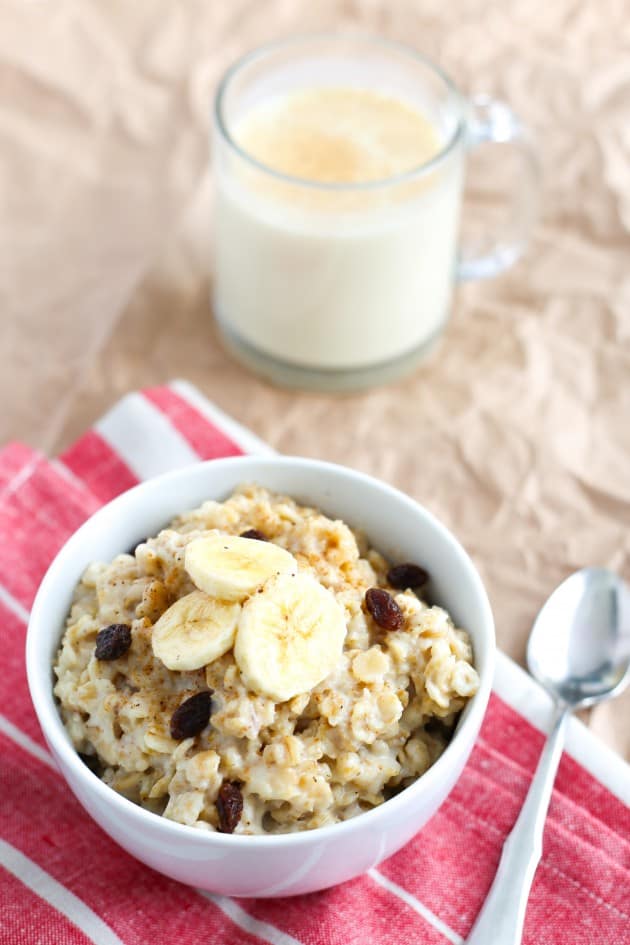 I love eggnog. Really, I do–but as rich and creamy as it is, I find my tastebuds have usually had enough after just a few swigs of the sweet stuff. I recognize this is probably a blessing in disguise given eggnog’s naughty nutritional reputation, but it’s just so damn festive tasting I can’t resist the urge to pick up a carton at least once every holiday season. I mean, it’s basically Christmas in a cup, is it not?

If you too crave the essence of eggnog this time of year but find it a bit too buttery on the ‘buds, you should definitely cozy up to a big ol’ bowl of this eggnog oatmeal sometime soon. You get all of that amazing eggnog essence without the sugar aftershock in a satisfying bowl of morning oats. 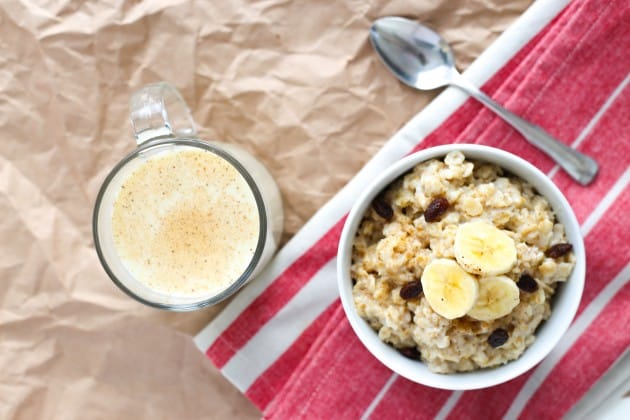 Lately I’ve been topping mine with a sprinkle of raisins, walnuts, a few slices of banana and a just a dash of cinnamon and nutmeg. It’s so good I almost feel bad calling it breakfast. Almost.

In a medium saucepan over low heat, combine oats, milk and eggnog. Cover and slowly bring to a simmer, stirring occasionally until until oats are desired consistency, approximately 10-12 minutes for the creamier version pictured. Should the liquid begin to bubble up, simply crack the lid just a little bit. Top with a dash of cinnamon, raisins, sliced bananas an/or chopped nuts of choice.

Eggnog: Love it, or is it little too sweet for your taste buds too?